If you've been around the Archive for a while, you'll know that I absolutely adore Spinister. I've written stories about him, used him for role-playing, and generally despaired that Hasbro would never release a new toy of him at retail. The name had been slapped onto a couple random helicopters from time to time, and there were a couple sub-par fanclub toys that at least tried to keep the awesome colours intact. But a legitimate, accurate Spinister with actual effort put into it? Never in my wildest dreams did I imagine that that would happen. Even when Titans Return came around and brought us new versions of a lot of 1987 Headmasters and Targetmasters, the 1988 batch that Spinister was a part of were mostly treated as afterthoughts.

And when the Siege line rolled out, and the bulk of the line seemed to be rolling back towards new versions of familiar 1984 characters...well, the absolute last thing I ever would have expected was that the line would finish up with a character like this. And Hasbro weren't content with a low-effort repaint -- they made a dedicated mold just for him. I was pretty close to speechless when I first saw the preview pics of this guy, and, well...to be perfectly honest, his existence still befuddles me even after I've owned the figure for a few months.

But that sort of anticipation creates really high expectations, and I honestly wasn't expecting the figure to live up to those. How could it? This was something I'd been hoping for for basically my entire adult life but never really believed I'd see. And the high reviews the figure was getting...honestly, I really expected that I was setting myself up for disappointment.

So how did that turn out?

Robot Mode: Well, first of all, the thing looks just like Spinister. And if that seems a bit obvious, well...think back to the sort of figures we got ten years ago. There's no way this glorious, eye-searing figure would have gotten made in Universe or the first Classics line. Even back during TF: Prime, when they made a new Hun-grrr, they replaced all of his bright pink with red. No, ten years ago a new Spinister would have been mostly grey or black with his traditional colours reduced to highlights, just like how the 2008 Powerglide was an off-white giant because of "realism".

But this toy came out in 2019, and in 2019 things were different. 80s accuracy is the hot thing now, and sometimes I don't agree with that. But for Spinister, it's exactly what the doctor ordered. His legs are a dark teal, his arms are purple and his chest is a retina-blasting pink, AS HE SHOULD BE. He also has a complete cockpit on each leg, which is a throwback to the original box art but also a bit of a head-scratcher when it comes to engineering. Where could the second one go in alt-mode?

Spinister's articulation is fantastic, even by the elevated standards of the last few years. He's got a great joint setup, and with basically zero restrictive vehicle kibble, his range of motion is unparalleled. He also has large, flat feet that can move quite a bit more than the average Transformer, and in spite of being pretty tall for a Deluxe he's fairly light. So the figure has great balance and it can really hold a pose.

The two double-barrelled weapon accessories that come with Spinister stand in nicely for the original's Targetmaster partners. In fact, they fit the bill better than the low-effort repaints of Aimless and Firebolt (or whoever) that were supposed to be a new Singe and Hairsplitter. They work nicely as handheld, forearm-mounted or leg-mounted weapons, and since Siege toys are covered in 5mm holes you'll have no shortage of options. All in all, Spinister is a top-notch action figure.

Alternate Mode: So it turns out that the extra cockpit just sort of hangs out on the belly of Spinister's helicopter mode. That's not really the greatest place for it, but once they decided that was how they were doing the legs, I'm not entirely sure what else Hasbro could have done. Unfortunately, having an extra leg hiding down there means that there's nowhere for the arms to go. So instead of being a sleek attack helicopter this time around, Spinister has become a bit chubby, with big side-pods that include a pair of not at all disguised hands. I suppose you could hide the hands with a couple rear-facing guns, but that would only make the helicopter mode chubbier.

Like the robot, Spinister's helicopter mode offers a lot of mounting spots for 5mm weapons. Unlike the robot mode, it's a bit tough to make best use of them because his helicopter blades always seem to get in the way of anything not mounted on his wingettes.

The glorious, omni-clashing colour scheme is just as intense here as it was in robot mode, which is nice. But overall, the helicopter is a bit of a letdown after the absolutely great robot mode. In fact, it's enough to make me wish they still packed these in alt-mode so the robot would have come as a nice surprise.

Transformation Design: The extra cockpit forced the designers to make a lot of little compromises here. But they actually wound up with a nicely non-traditional, asymmetrical transformation scheme out of it all. I have some grumbles about the final product, but I also find myself REALLY enjoying the process of switching Spinister from robot to helicopter. More so, in fact, than most of the Transformers I've bought in the last few years. 8/10

Durability: Even though it makes customizing a bit harder, I'm really liking the lack of ball-joints in Siege's Deluxes figures. The pinned joints seem like they'll be much less likely to wear. Beyond that, nothing seems fragile at all. Even the clear plastic legs seem pretty heavy duty. The figure also seems to hold up well to my four year old son "borrowing" him (which he did while I was writing this review...). 8/10

Fun: I'm hardly objective, but I adore this figure. It became my go-to "play with while watching TV" figure as soon as I got it, and that hasn't changed over the last couple months. 10/10

Aesthetics: Again, not objective...but I adore these bright, bold colours. They make Spinister a great foil for basically any other figure in my collection, which means he's also become my go-to "grab someone for group pics with a new toy" Decepticon. Obviously your mileage may vary, but for me this is a great-looking robot. 10/10

Articulation: What is objective is that Spinister has great poseability. Joints, range, balance...he's got it all. 9/10

Price: Well, there's the elephant in the room.

Spinister costs 50% more than a Prime Wars Deluxe. And while he's a top notch Deluxe, one of the best in a long time, he's certainly not 50% better than Dead End or Triggerhappy or Blot... 5/10

Overall: Like I said…"one of the best in a long time". The price is a bit hard to swallow and it'll be hard to get him on sale because he's in an understocked final wave. But Spinister is a really appealing figure. 9/10
Top

Spinister is awesome. One of the best of the Siege line. Have to say, I've generally not minded the price hike for Siege (with one or two exceptions) as the figures have, overall, felt like quality bits of work (although I've really kept to characters I want). I certainly feel better paying this sort of money for a Siege Deluxe than the £15 of so the Prime trilogy deluxes cost.
Top

Some pics! I love taking pictures of this bright SOB. My only complaint is that it's pretty tough to get his eyes in the shot. And that's actually pretty funny because they jump out like you wouldn't believe in person. I think his brow might have a bit of a downward slant to it? 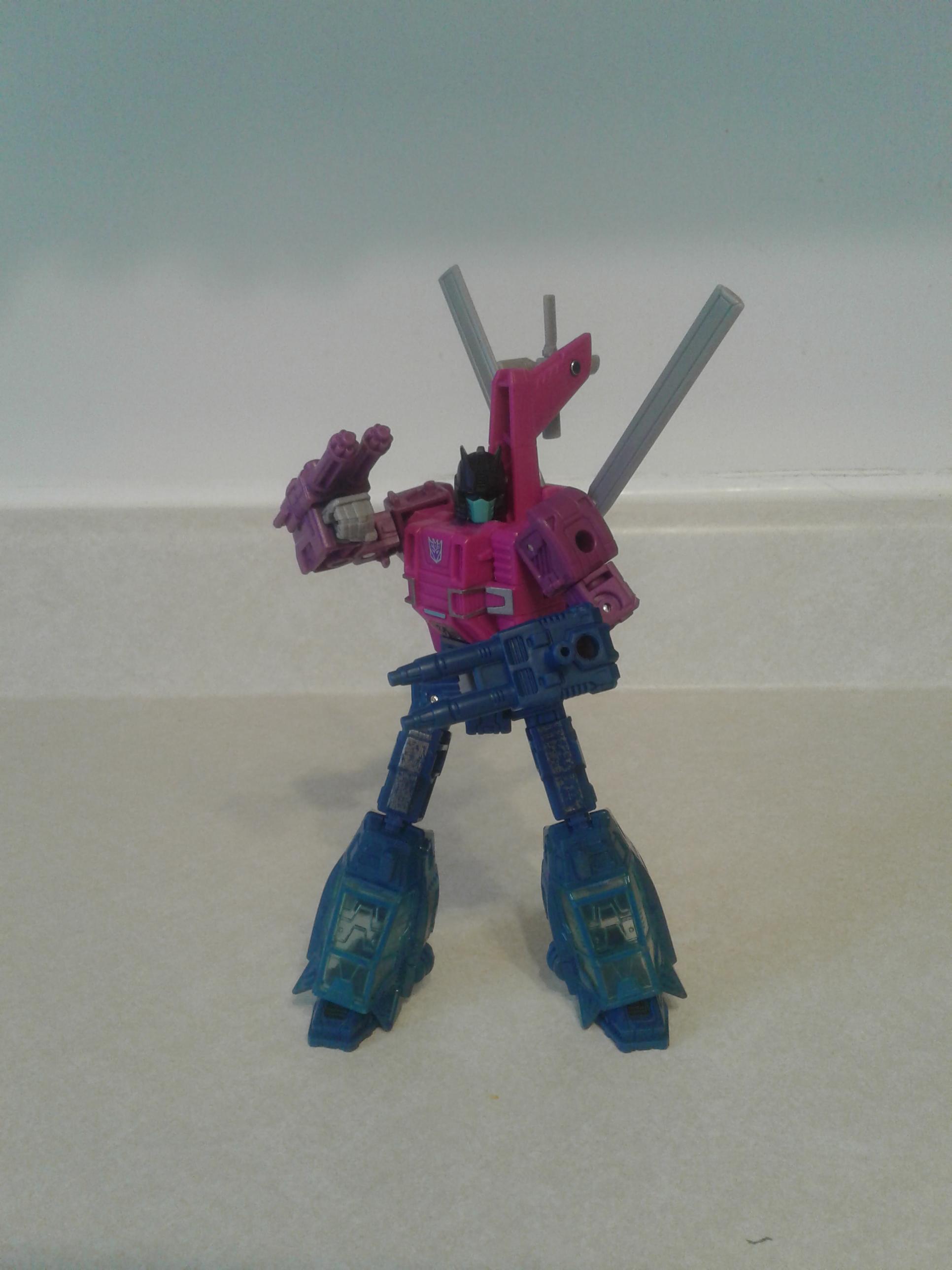 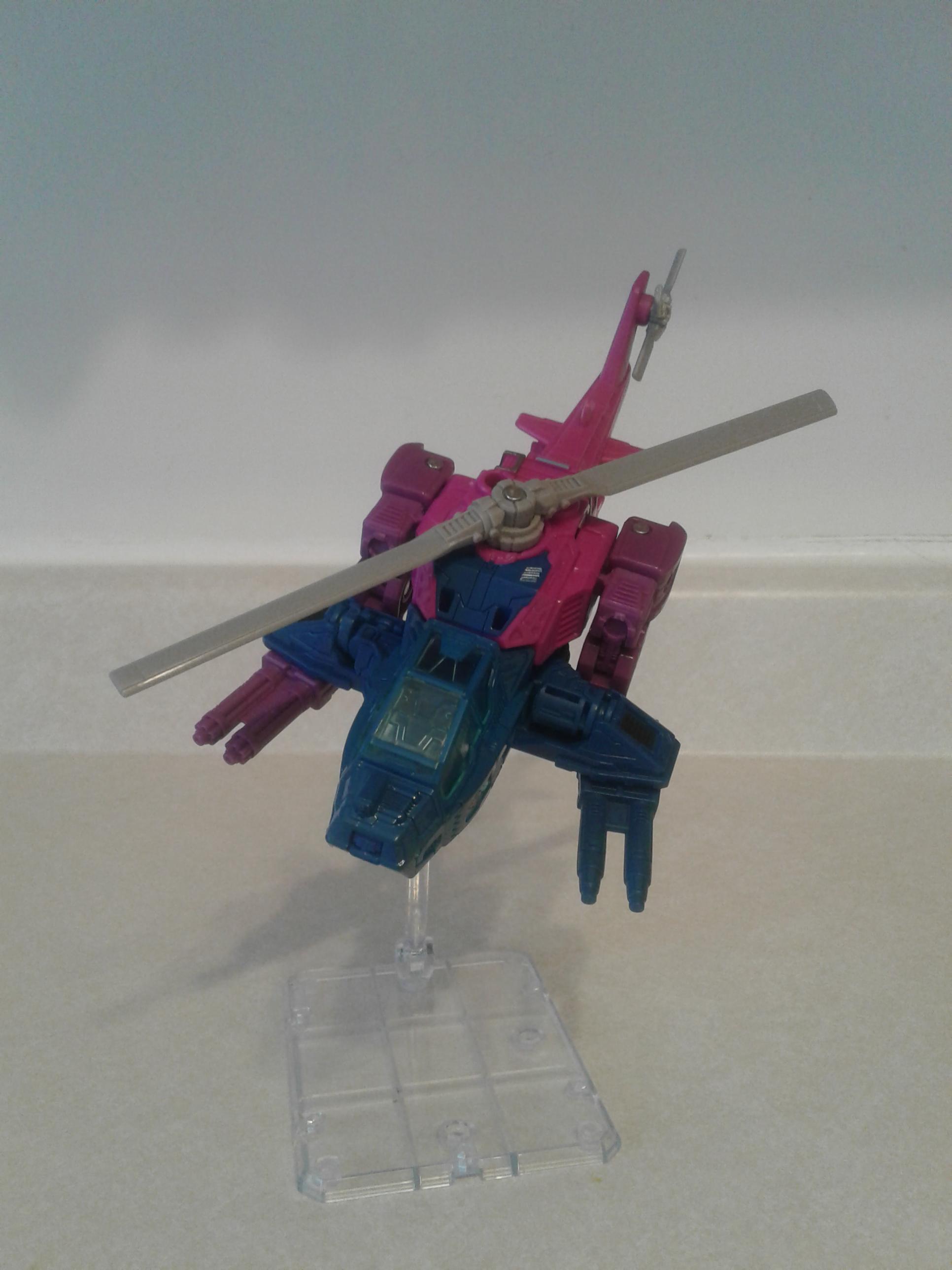 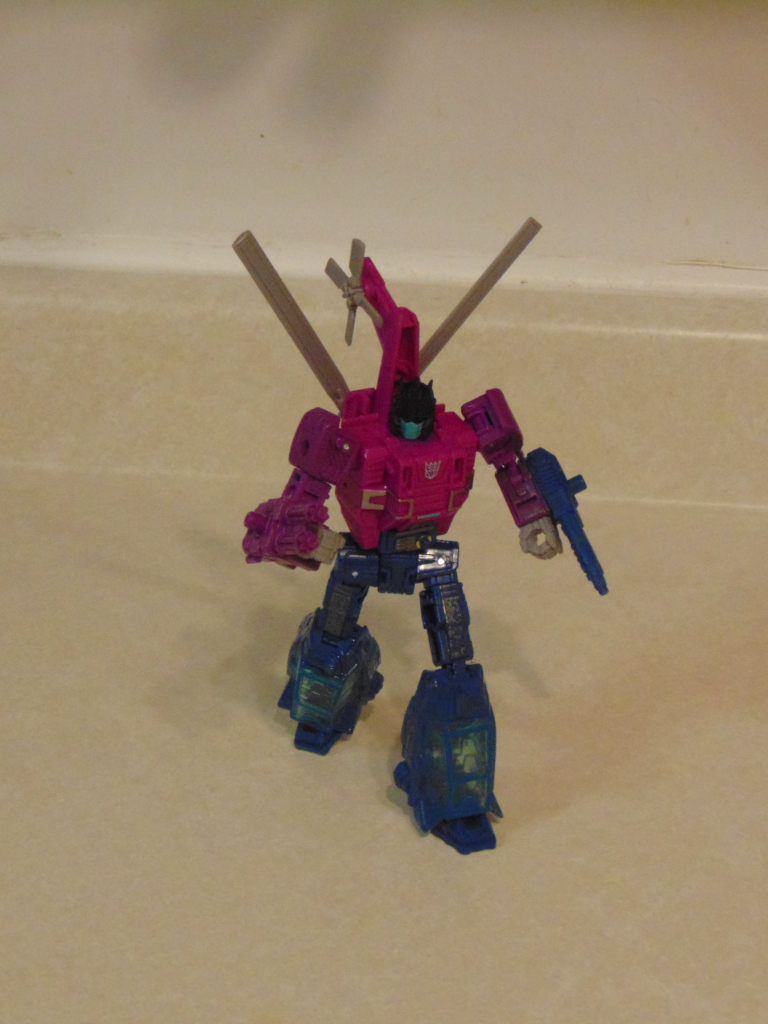 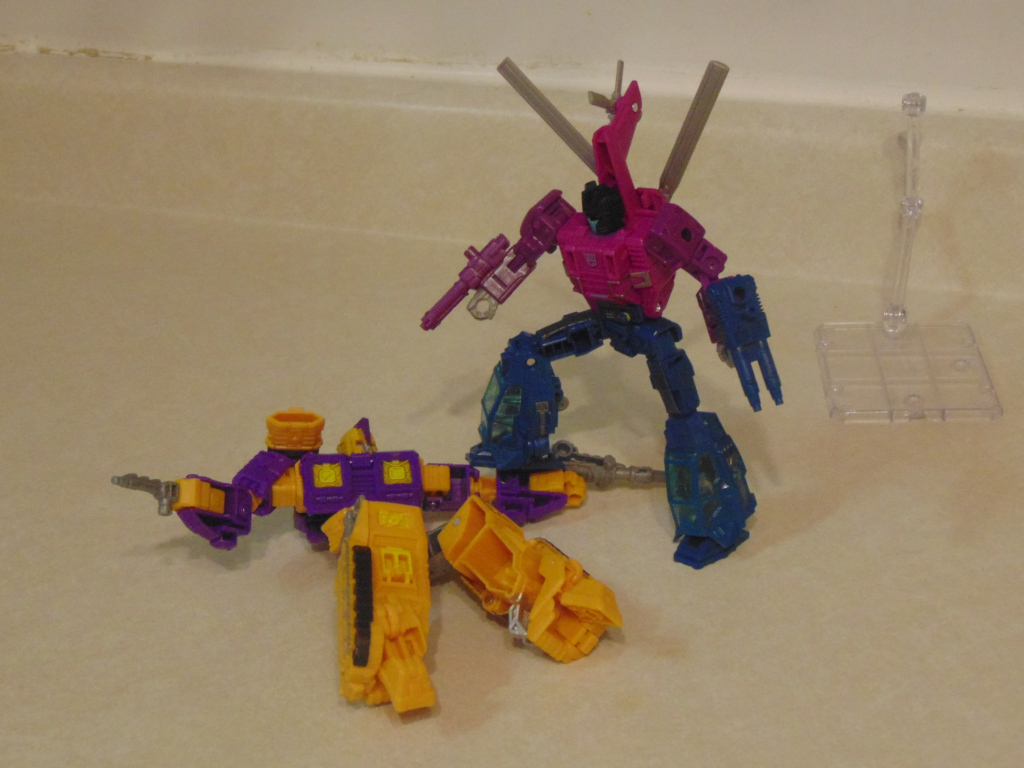