I mean, could do without the silly coronet or could repaint it a dark grey, but it looks like they've reused a Terrorcon/Seacon leg design for Hammerbyte (whoever he is) and there's no lack of pose-ability.

Any others worth watching out for that you know of? 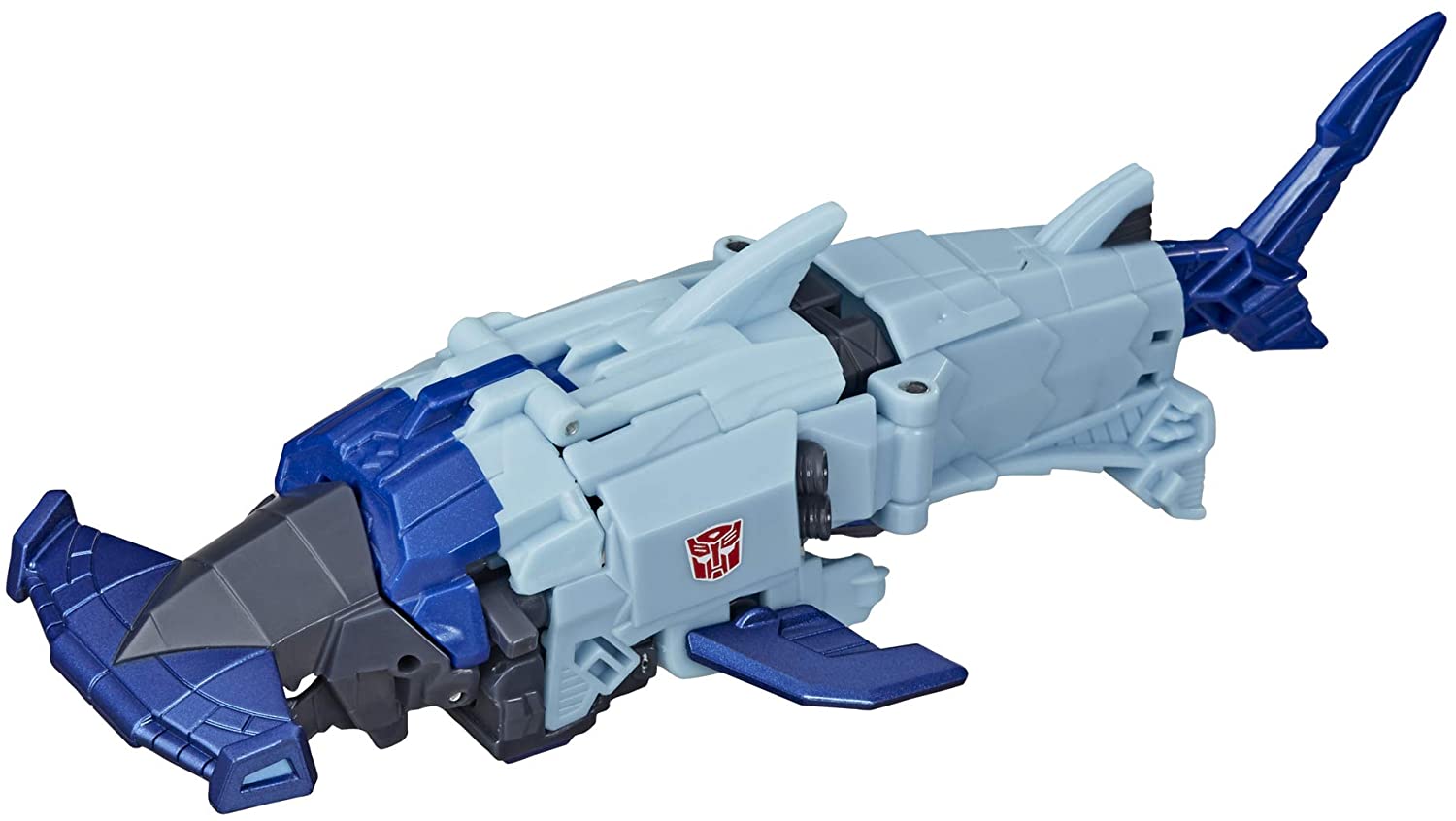 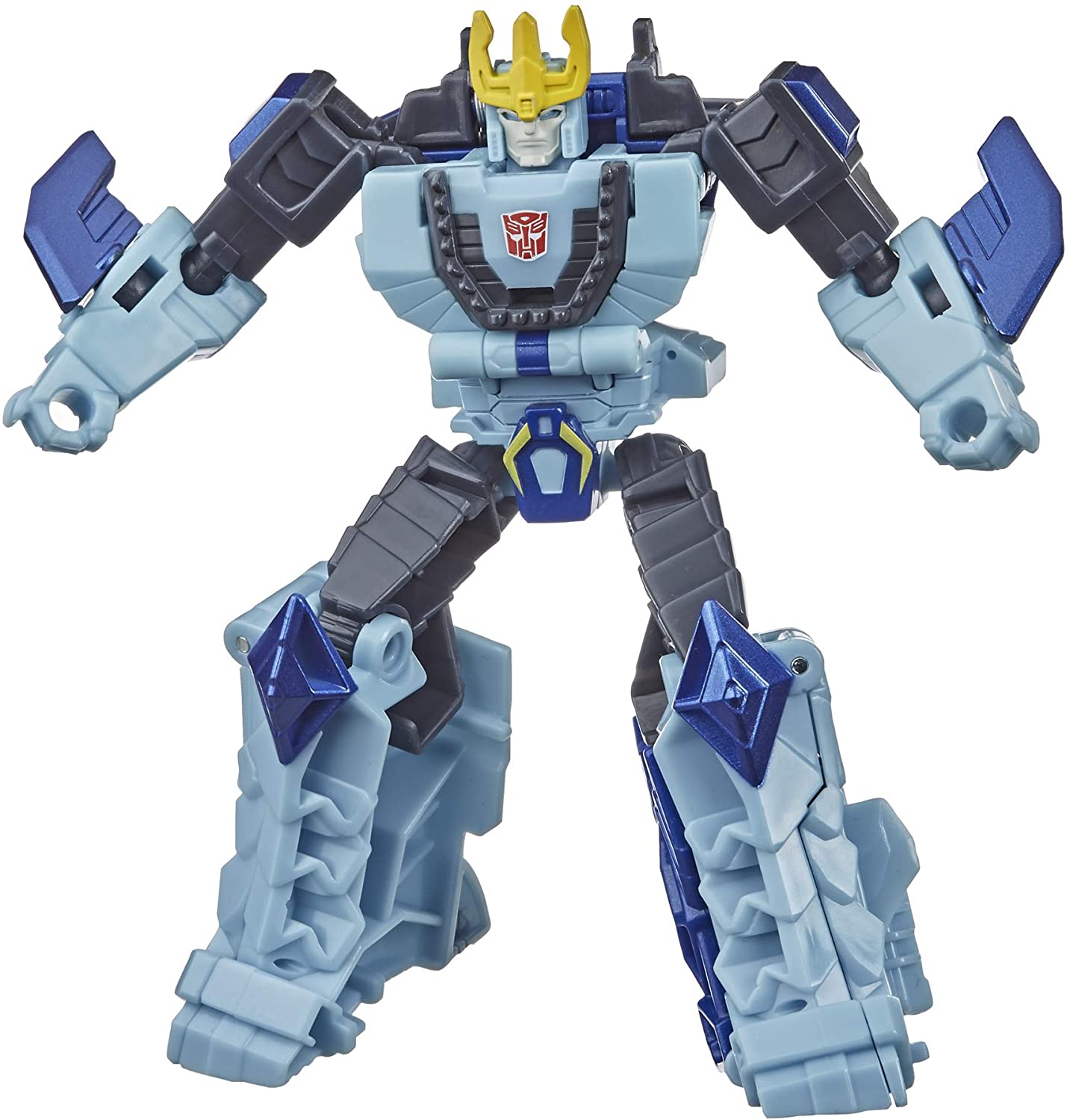 That one's caught my eye too.

Another that I took note of was Thunderhowl. 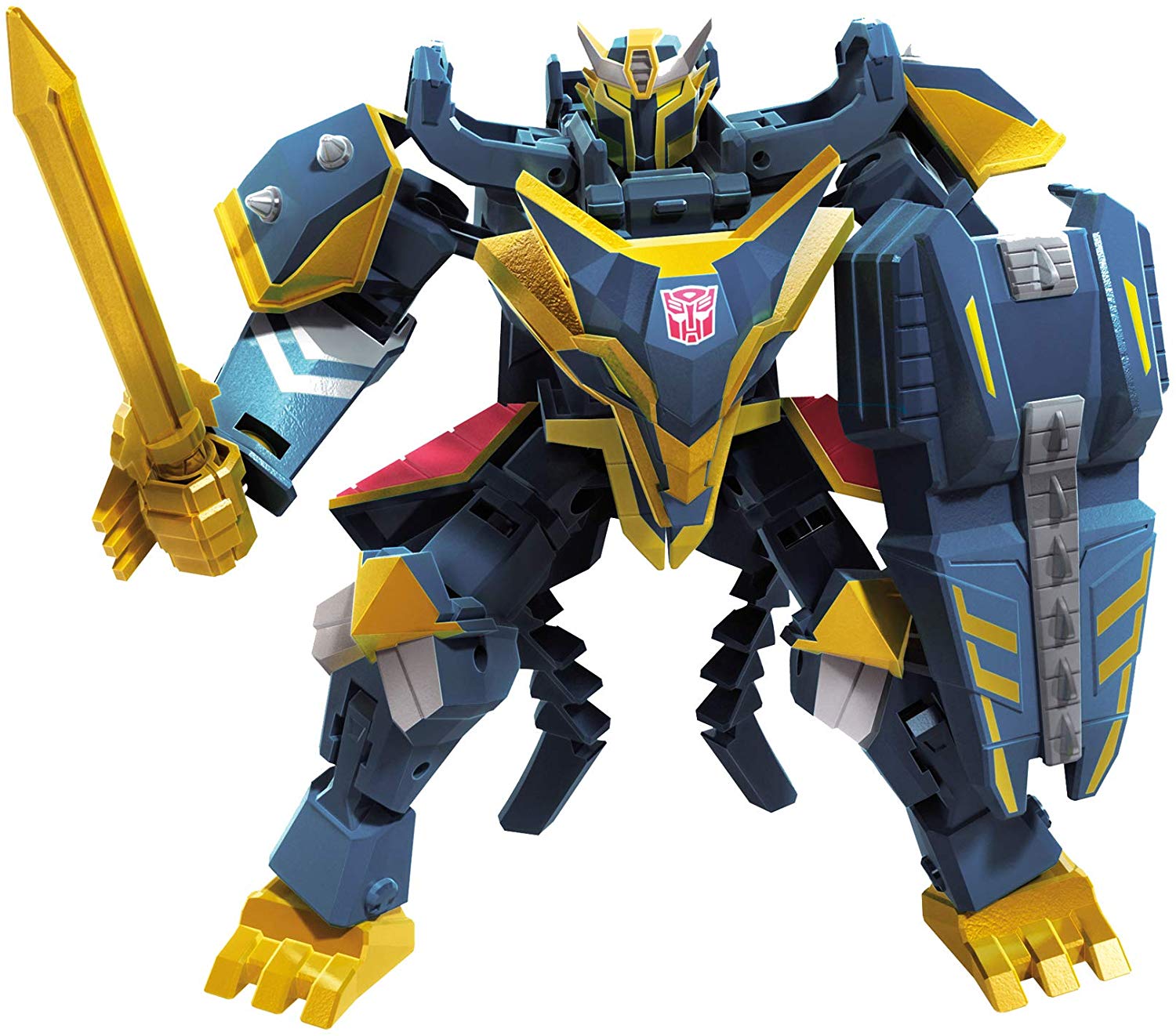 In general, with the two big lines at retail being devoted to G1 and Bay nostalgia, anything that isn't a verbatim redo of an existing character is pretty cool right now.
Top

Those two look really cool! I'll keep an eye out for them. Although I expect I'll be disappointed by the price point. Cyberverse toys seem very expensive for what they are.
Top

I've been finding Cyberverse Warriors, like Hammerbyte at Walmart for US$12. Target has them for $15. Both have the Deluxes, like Thunderhowl, for $20. Some of the earlier Warriors, like Windblade and Megatron, have made it to discounters for US$5.

I just opened my Hammerbyte, and Denyer's right about him being like a Terrorcon/Seacon limb. I think it's the way the tail folds out of one leg. I like the colors as is; the navy blue is glossy while the light blue and grey are matte, which looks nice. The coronet is the crown like thing on the forehead, right? It looks good in bot mode, but is a bit too noticable sticking out of the bottom of beast mode. His gimmick deploys his beast mode head on his bot body, like an aquatic minotaur. No articulation in beast mode, but the bot mode ball joints are just the right amount of stiffness.

I opened Starseeker Missile Starscream, too. He's got the same glossy navy blue and matte everything else. It may even be the same exact shade. The alt mode is a cybertronian jet with robot legs blatantly stiking out of the top. The instructions tell you to rotate his head so you don't see his face when looking at the let from underneath, like that ruins the illusion of the jet mode, but the completely undisguised torso and arms don't. The main thing this guys got going for him is the pissy facial expression, which is very toon accurate.

The facial expressions are one thing Cyberverse has going for it over WfC. Hammerbyte has a neutral expression, but still managed to look determined. WfC figures look bored.

Except for the half-transforming little guys, which are only good for Titan class figures to manhandle, I've been satisfied with the Cyberverse toys I've bought. Though, I tend to prefer simpler toys more than most adult collectors.

Windblade has a less gappy jet mode than T30, less backpack than RiD, and a better head sculpt than both. The downside is a bulkier jet mode, and the wing fans don't rotate forward in jet mode due to the spinning gimmick. She also lacks a sword, but can hold T30's OK.

The first Warrior Megatron has my favorite face sculpt of all the Megatrons I own, but is slightly hampered by being molded into the torso to make the mace/flail gimmick work. Transformation is annoying since leg panels pop off, and the alt mode isn't worth the effort, so I can't fully recommend him. But, I like the way the bot mode looks enough that I'm glad I bought him. I like that the lever to work the flail looks like the hammer from the G1 P38 alt mode.

Prowl's pretty good. The gimmick is his shoulder cannons popping out. But, when they aren't deployed, there's gaps in the shoulders and a larger than usual panel behind the head. If I was a skilled painter, I'd paint the taillights in the back of car mode, and the faux taillights molded into his toes. He looks good next to Siege Bluestreak. I plan to keep those two next to Earthrise Smokescreen.

Gnaw is an upscaled version of the TR figure, with a more TF: The Movie paint job. The torso spinning gimmick doesn't work in mine. I don't miss it, but the legs do tab into place to make it work more stably, which hampers leg articulation. Another minus: no articulation i the beast mode arms. The shoulders don't even move.

I got Optimus with trailer for $5 on clearance. At that price, I'm satisfied. The axe gimmick doesn't stay folded in. The trailer was added after the fact, so it doesn't connect to Optimus in way that allows it to turn. It is the only Optimus trailer I have, and the bot mode does have an ab crunch. So, it's not all bad. Plus, he looks good with the Megatron I actually like.

I own the Seeker mold three times: Acid Storm, Thundercracker, and Slipstream. The only leg articulation is being able to do the splits. The torso spinning gimmick doesn't work well. The alt mode is awkward. I only own this 3 times because AS and TC were on sale, and it's the only Slipstream at retail. They do look good in bot mode, except for Slipstreams legs being almost all 1 color. Still, if they put out a yellow one I'd buy it to put that, AS, and TC with my Siege rainmakers.

The Bumblebee that wears a battleship is a pretty good figure on its own, but the battleship doesn't add much except to the price. This is another figure I can only recommend on clearance.

Skybyte that wears a tank is nice, though I'd prefer a Warrior/Deluxe figure that skips the armor and scales with other figures in the line. Like his rival Jetfire, who could use some paint but is a decent enough figure.

I like the Quintesson/Prowl/Shockwave set. But, there's a G1 Quint coming, and there's better Prowls and Shockwaves out there, even in Cyberverse. It's probably not worthwhile for most to pick this up.

I think that's everything, except the large Shockwave and Alpha Trion I picked up for $5 each. I almost forgot I owned Alpha Trion while writing this. Shockwave is very good, the chunk that sticks out of his torso in package folds up better, so it's not visible. I'd recommend him even at regular price, except I'm pretty sure everyone here already owns a Shockwave they like better.
Top

It's definitely getting saturated with some characters. Hard to keep track just of the Grimlocks that have been released in the Cyberverse line.

And they certainly aren't all winners, when this could easily have had fold-in legs to look vaguely like a t-rex; 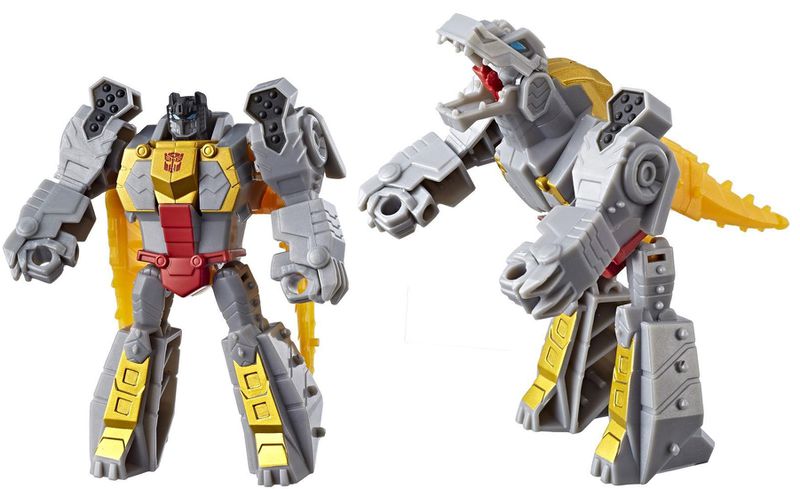 Hammerbyte's good by the way. Much more cyan blue and looks and handles like a regular line deluxe without the publicity photo posing. Sharper mould detail than eg CW Strafe. Even the use of yellow as a spot colour looks better in-hand.
Top
Post Reply
5 posts • Page 1 of 1