Doctor Who: Christmas 2016 and through to the End of the Moff Thread.

Chat about stuff other than Transformers.
Post Reply
99 posts

Doctor Who: Christmas 2016 and through to the End of the Moff Thread.

The Return of Doctor Mysterio!

Better than I thought it was going to be tbh. Looked surprisingly cheap and I'm not sure why they didn't just use the Slitheen as the zip headed alien duplicate's plan was basically a rerun of Aliens of London anyway ( In fact, considering the fank wank opening explanation for why the Doctor can go to New York again I'm surprised they didn't go as far as pointing out the similarity) but it flowed along well enough and had some good gags. And I actually liked Matt Lucas.

It did seem a bit odd to be doing such a dedicated spoof of a nearly forty year old movie when you'd have thought the current superhero craze would provide fresher material (and make more sense for kids). Indeed, the guy playing the Ghost seemed to agree as he was doing doing a Christian Bale impression when in costume.

Why did he need both glasses and a mask anyway?

And of course, getting a job as the live in nanny to the woman who doesn't know you have a thing for her is more creepy than romantic.

Oh, and whilst it makes sense in fiction for the Doctor to be upset about River still, it was a bit old business in feeling.
REVIISITATION: THE HOLE TRUTH
STARSCREAM GOES TO PIECES IN MY LOOK AT INFILTRATION #6!
PLUS: BUY THE BOOKS!
Top

I watched this and meant to post about it earlier! Then I forgot.

Enjoyable funny nonsense, with a very evident Lois And Clark vibe (at least that's what I got, rather than the Donner films). Matt Lucas was good, wasn't he? Be interesting to see how his character develops (and fingers crossed he's not part of some mystery the Doctor has to solve). Wasn't sure about the River stuff myself either - I suppose it was felt it needed to be addressed since that was the last time we saw The Doctor.
Top

inflatable dalek wrote:Why did he need both glasses and a mask anyway?

Because the idea that somebody becomes unrecognisable simply by removing their specs is, always has been and always will be irretrievably stupid?
Top

Amussingly, from what people in GB are saying,the opening is set after Lois found out Clark was Superman in the comics (apparently it's actually set whilst Superman was dead!). Not a problem if you assume Grant isn't really a comics fan but just had a couple of old issues laying about, but it made me smile. The John Bryne comic he flicks through was a composite of at least two, possibly three issues as well. I guess finding one comic with both Superman and Clark in it was a bit too difficult?
REVIISITATION: THE HOLE TRUTH
STARSCREAM GOES TO PIECES IN MY LOOK AT INFILTRATION #6!
PLUS: BUY THE BOOKS!
Top

Probably came down to finding pages with panels that worked for blah blah I don't know.

Stop posting at other boards. And bring back Knightdramon from wherever you've put him. I can't be reporting MP/3P news all by myself FFS.
Top

I watched it today. I liked it. Not the greatest story, but fun. Part of me gets the feeling the Doctor's speech towards the end was more Moffatt saying goodbye.

My question is, why did he wait so long to do the superhero thing?
As a professional tanuki (I'm a Japanese mythological animal, and a good luck charm), I have an alarm clock built into me somewhere. I also look like a stuffed animal. And you thought your life was tough......

Ah, thanks for the reminder that I'd needed to watch this. I'd forgotten that I'd missed it on Christmas and had meant to watch it last week but had gotten sidetracked by life and stuff.

I enjoyed it quite a bit. Not that it was the best or anything but it was fun and appropriately quirky.
Top

Heinrad wrote:My question is, why did he wait so long to do the superhero thing?

In DWM (what I have now read. mostly), when asked about this, Moffat states that its because he likes Superhero films to watch, but he couldn't write them (insert your own joke here). He mentions that like Brendocon, there's something very silly that no one can tell Clark Kent is Superman just because he wears glasses. Turns out Lois And Clark was an influence on this, and it was relationship stuff which he remembered he was pretty god at with Coupling, so managed to find a way to write it.
Top

Heinrad wrote:I watched it today. I liked it. Not the greatest story, but fun. Part of me gets the feeling the Doctor's speech towards the end was more Moffatt saying goodbye.

My question is, why did he wait so long to do the superhero thing?

My guess is that Moffatt might trying to get a writing gig on of the DC and/or Marvel TV shows since both companies have used a lot of Doctor Who and Sherlock actors. Maybe he's thinking that if writes a superhero story they might want to hire him as a writer once his last series is over. He knows a lot of the actors that they are currently using or have used in the past.

DC is currently using John Barrowman and Arthur Darville, on Legends of Tomorrow and Alex Kingston has popped up on Arrow a few times.

As too the special I thought it was pretty good, I Peter Calpadi when not overly serious and I actually liked Matt Lucas which was surprised me and I liked the Ghost and hope he returns of even gets a spin-off series. I honestly didn't realize how much I missed Dr. Who till the build up to the 2016 Christmas special and then I started watching the Matt Smith Christmas shows on Amazon Video and it was like hanging with old friends for Christmas.

So yeah I can't wait to see the new series!
Please visit Outlaw Colony my new message board it's a fun site for fun people.
Top

I hadn't really paid any attention to the series 10 trailer, but there's a blink and you'll miss it appearance from a faithfully recreated very silly Tom Baker monster....

SPOILER! (select to read)
Movellans! One is chucked into a wall during the Dalek bit, silver wig, white jumpsuit and cheap gun all present and correct. Presumably it's just a fun cameo, I can't see them not totally reinventing their look if they were going to play a big role. They looked stupid at the time... Presumably they were easier to do than Mechanoids.

REVIISITATION: THE HOLE TRUTH
STARSCREAM GOES TO PIECES IN MY LOOK AT INFILTRATION #6!
PLUS: BUY THE BOOKS!
Top 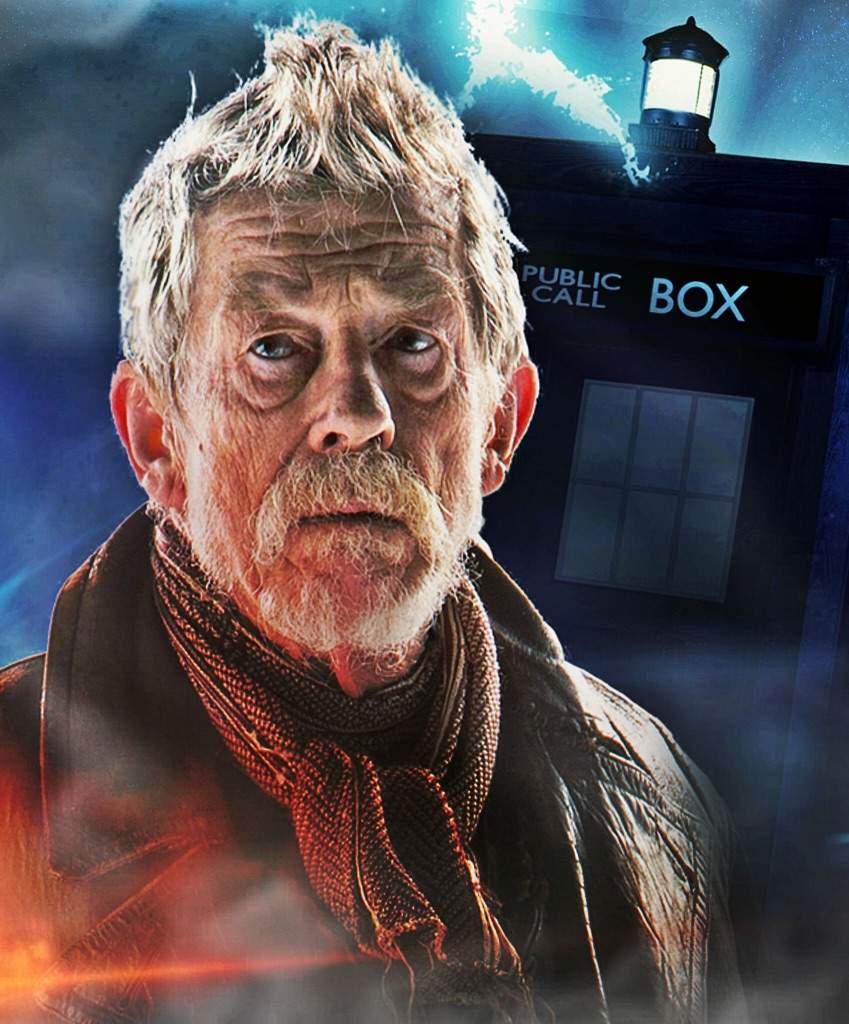 Confirmed that Capaldi's leaving at Christmas. Not really a surprise. And lets Chibnall have a clean slate.
Top

Brendocon 2.0 wrote:Confirmed that Capaldi's leaving at Christmas. Not really a surprise. And lets Chibnall have a clean slate.

Yeah, shame he basically lost a season though (hmm, come to that, the last three Doctors all basically missed one year's worth of episodes for various reasons. How random).

I will be pleasantly surprised if the BBC let Chibnall go for anyone but a David Tennant II type as part of the "Make it like wot it used to be" approach (Ben Whishaw would probably get my vote out of those).

Mind, I've been reading claims Chibers schedule means his first season won't be on to next Autumn. Which cheerfully undoes the only good thing about the gap year, letting them get back to the Easter start the show does better in.
REVIISITATION: THE HOLE TRUTH
STARSCREAM GOES TO PIECES IN MY LOOK AT INFILTRATION #6!
PLUS: BUY THE BOOKS!
Top

I'm not sure how representive of general feeling my circle of peers is, but I'm not finding many folk who give a ****. Most seem more interested in who the next Doctor is going to be than in this year. Hell, I've even had a few bemoan the series is tired and needs to take a break!
REVIISITATION: THE HOLE TRUTH
STARSCREAM GOES TO PIECES IN MY LOOK AT INFILTRATION #6!
PLUS: BUY THE BOOKS!
Top

I'm excited! I'm really looking forward to it. Been watching all the trailers and build up stuff floating about online which is the first time I've bothered with all that.

I'm not surprised that there's folk who aren't so interested anymore - its 12 years since the show came back(crikey!) and that's a long time to sustain peoples interest - especially for Sci Fi stuff and especially in the UK where our viewing habits in the last 20-30 years have been largely limited to soaps, medical dramas and endless detective/ police shows. The brief burst of SF/ horror that UK TV had is pretty much over, leaving Who the only game in town. In age of superhero stuff flying the flag for SF, Who does seem oddly out of place now. But I like that!
Top

Decent. Much less annoying and overwritten than Clara.
Top

Yup. Bill feels much more...real. I like her. I liked the watery alien thingy thing. Whilst the alien space ship gone a bit wonky is one of Nu-Who's cliches, it did make me think of Waters Of Mars and Ice Warriors and stuff, so wonder if this'll be followed up later in the season.

Loved the cheeky Movellan cameo - I like that these older designs are being allowed to stand up as they were. Looking forward to seeing the original Cybermen and was excited to see a flash of The Master in the trailer (I liked John Simm's Master).
Top

Thought it was better than the sum of its parts. Said parts being a mish mash of ideas Moff has already done (or in the case of mimicked dialogue, RTD had already done in Midnight) slightly less well than he'd done them previously and pointless old continuity references for the old fans. Did a key decision of the Doctor's have to be influenced by a photo of a character last seen 34 years ago (or as she looked in the picture, more than 50)? Did we need a lingering close up of the old sonic screwdrivers (apparently they were the commercially available toys as well, so does that make it product placement?)?

Even the Movellans, which as a sad old fan I loved, were the sort of thing that's too backwards looking. There was nothing as bad as Davros watching his Who DVD collection or someone thinking Rassilon was interesting enough in and of himself any dodgery old ****er could play him, but it was very tired.

Positively though, Capaldi was on fine form, Bill made a strong first impression as a likeable character (only the overdone "Bigger on the inside" thing felt forced, if the characters are pointing out its taking a long time for her to get the point it's not a good sign) and the Lucas was good fun. The Doctor having a butler feels like an obvious idea in retrospect and it's working well across the two episodes so far. Plus, it's a new idea!
REVIISITATION: THE HOLE TRUTH
STARSCREAM GOES TO PIECES IN MY LOOK AT INFILTRATION #6!
PLUS: BUY THE BOOKS!
Top
Post Reply
99 posts