I do like the walls of colour. It looks so cool

I dug out my Robot Masters! Kind of wish I'd held onto Gigant Bomb and Smokesniper now, but nevermind. I still have... 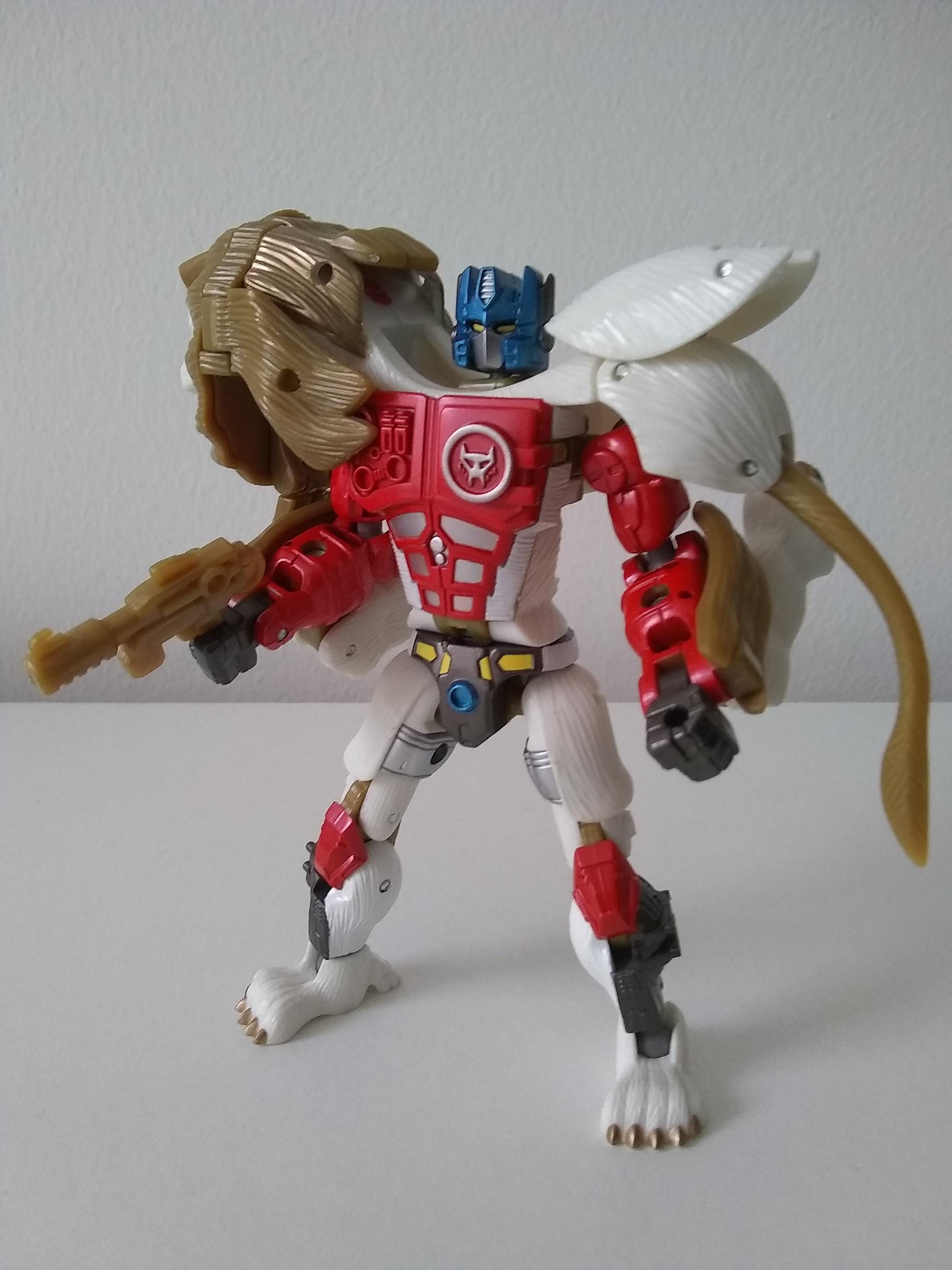 I used to have the full on Leader Class toy. Only held onto to it for a bit, as the spinning mane and spring-loaded missile guff where a pain in the arse. I like a missile launcher, but I hate those hair-trigger ones that launch a billion things off at once. Anyway! This lovely wee Robot Masters figure does everything the big lad does, just without the missiles and over tomfoolery. It's a lovely toy and great fun to play with. Lion mode is a bit long in the body, but it's cute enough. 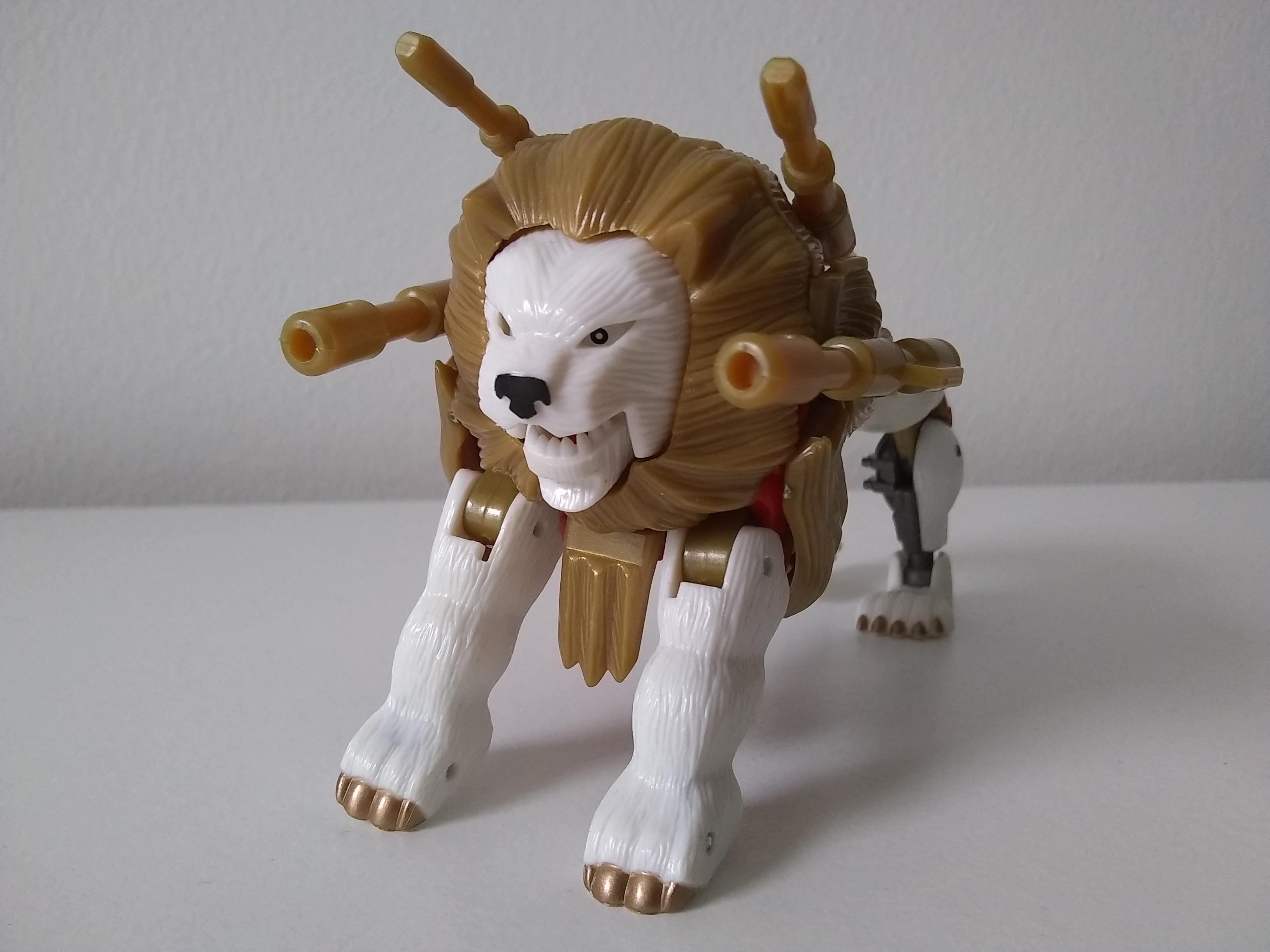 Still love those friction launchers. What an effective and simple gimmick. Love it. 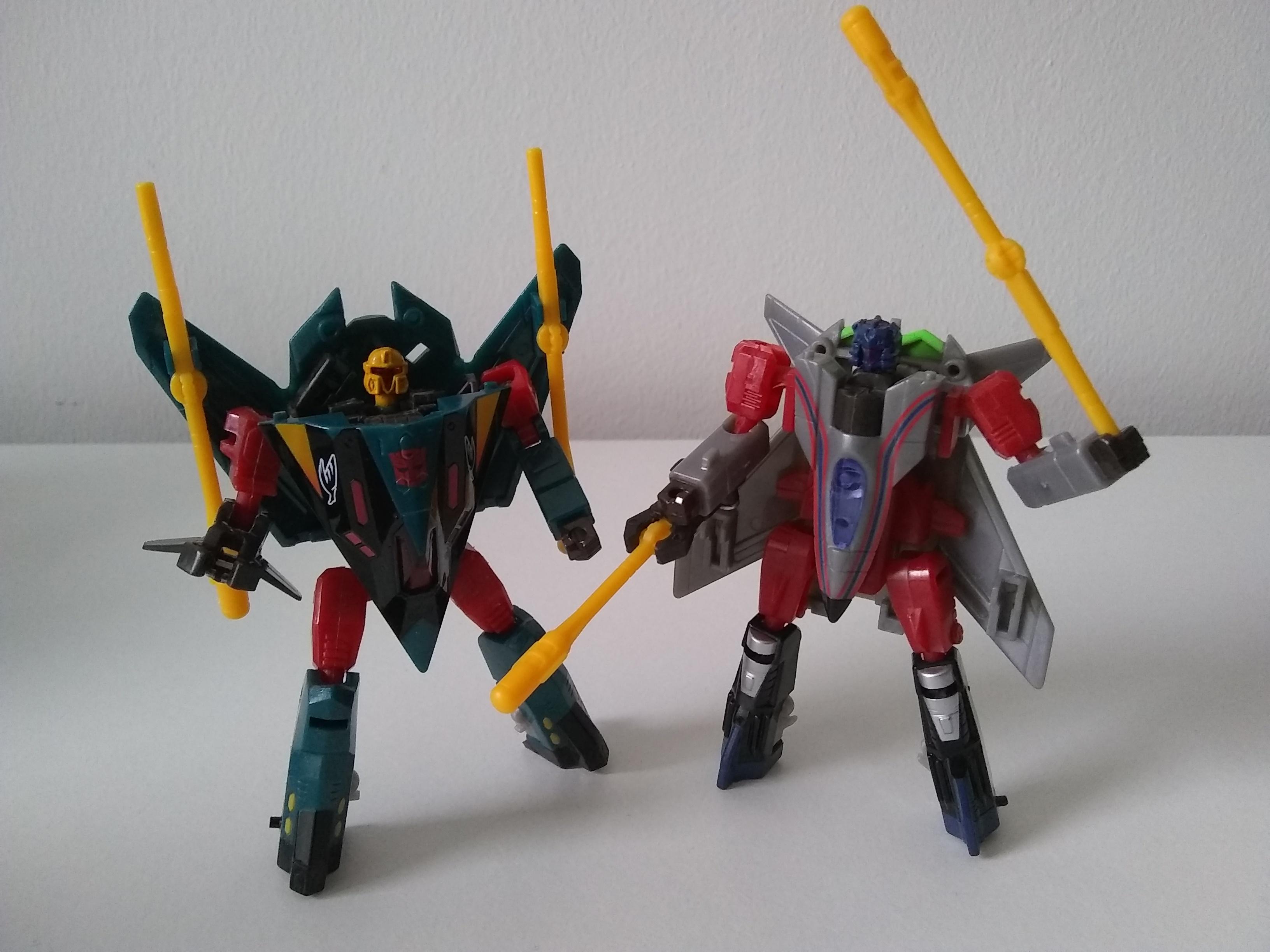 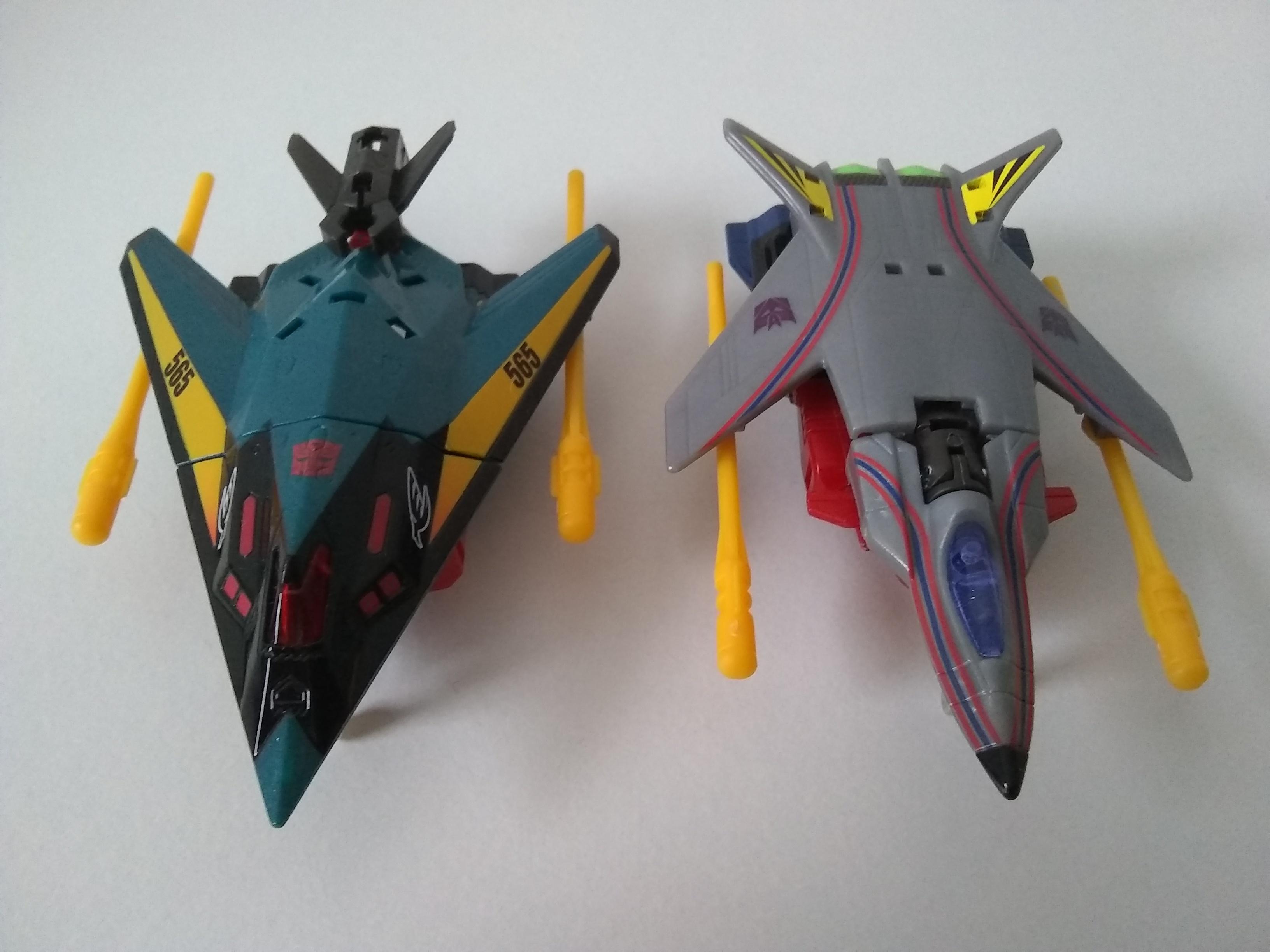 Nigel and Trevor
I never remember the names of these guys. I used to be really good with Transformer names, but there's some (like nearly all the Micromasters I own) whose names just don't stay in my brain. These two are a lovely smoked clear black plastic and orange terror (Nigel) and a cool camo'd robot jet lad (Trevor). Just cheeky repaints of the flip changing jets which are still exciting to me as they were meant for G2 but didn't come out until Hasbro were scratching around for stuff to pad out RiD. Great wee figures and now with added Takara stupid collect a weapon funtimes! 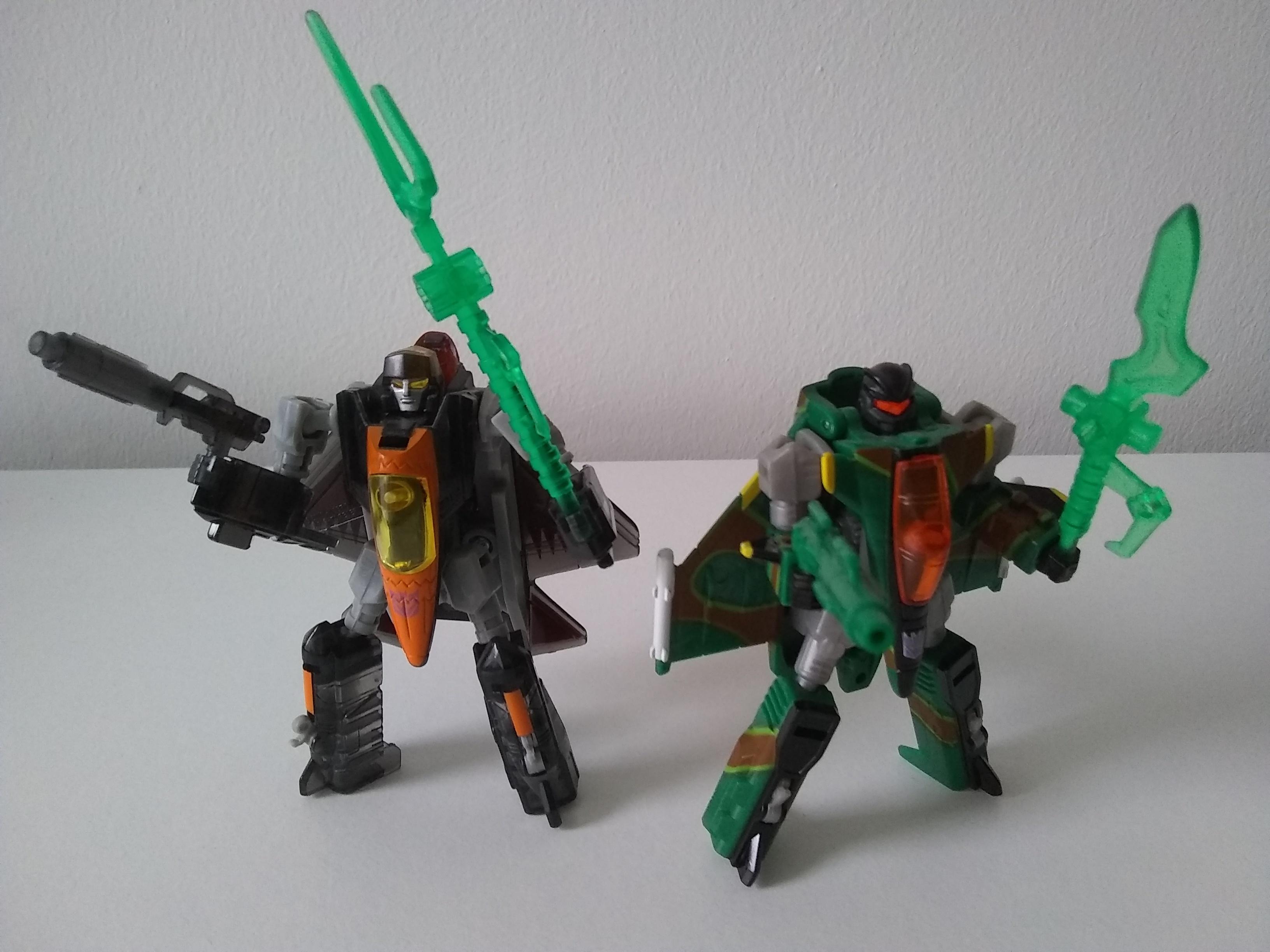 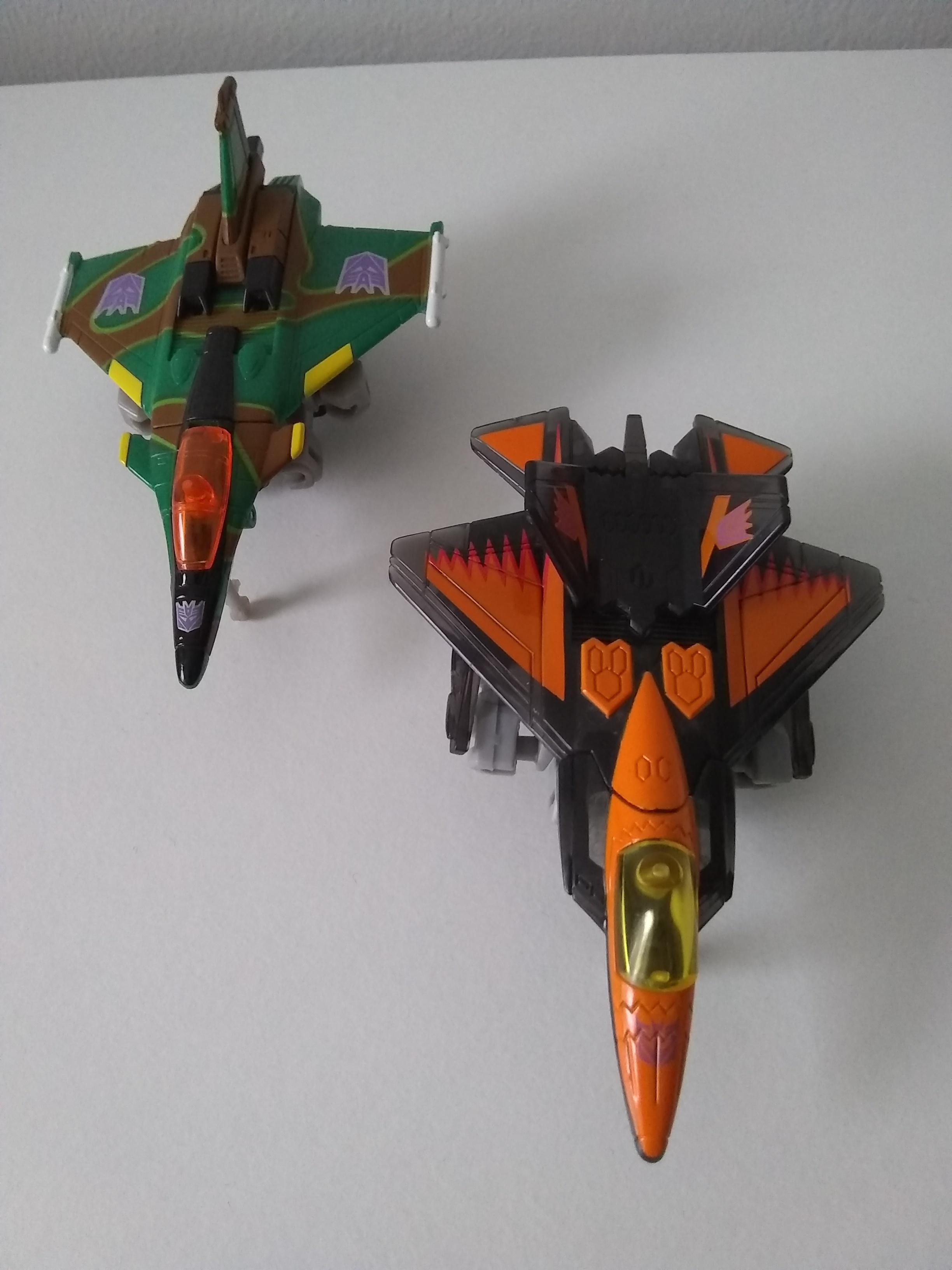 Lemon Flavoured Road Rocket
Laser Cycles are cool. Loved these when I had the G2 versions, now supplanted by the cool RiD repaints and this one for Road Rocket 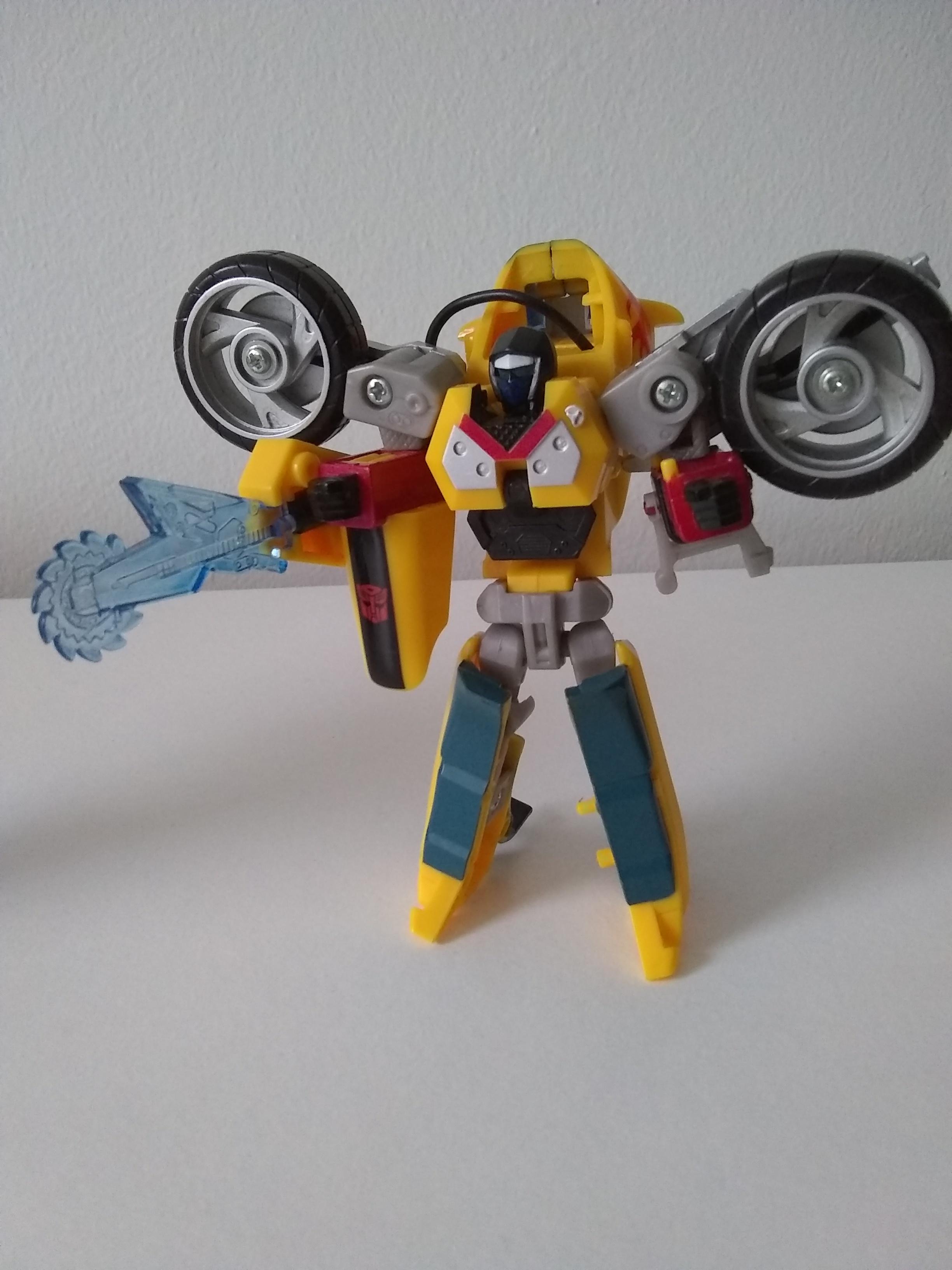 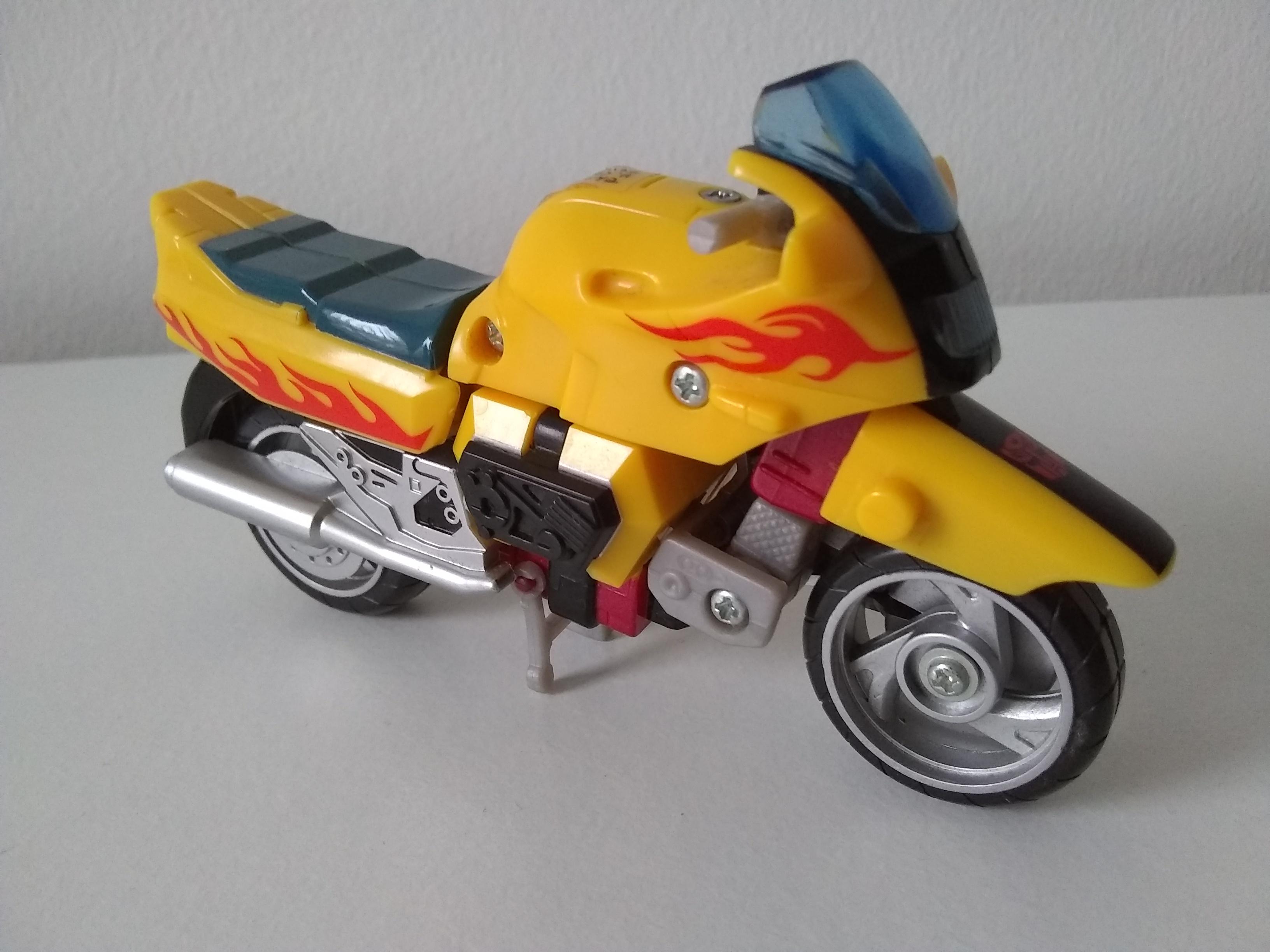 Double Face
Disappointingly, doesn't have two actual faces, but is a nicely tarted up Road Pig. I think it's supposed to be homaging that motorcycle lad from Armada/ Micron Legend, but I don't know. I'm not the TFwiki. I just like the colours! 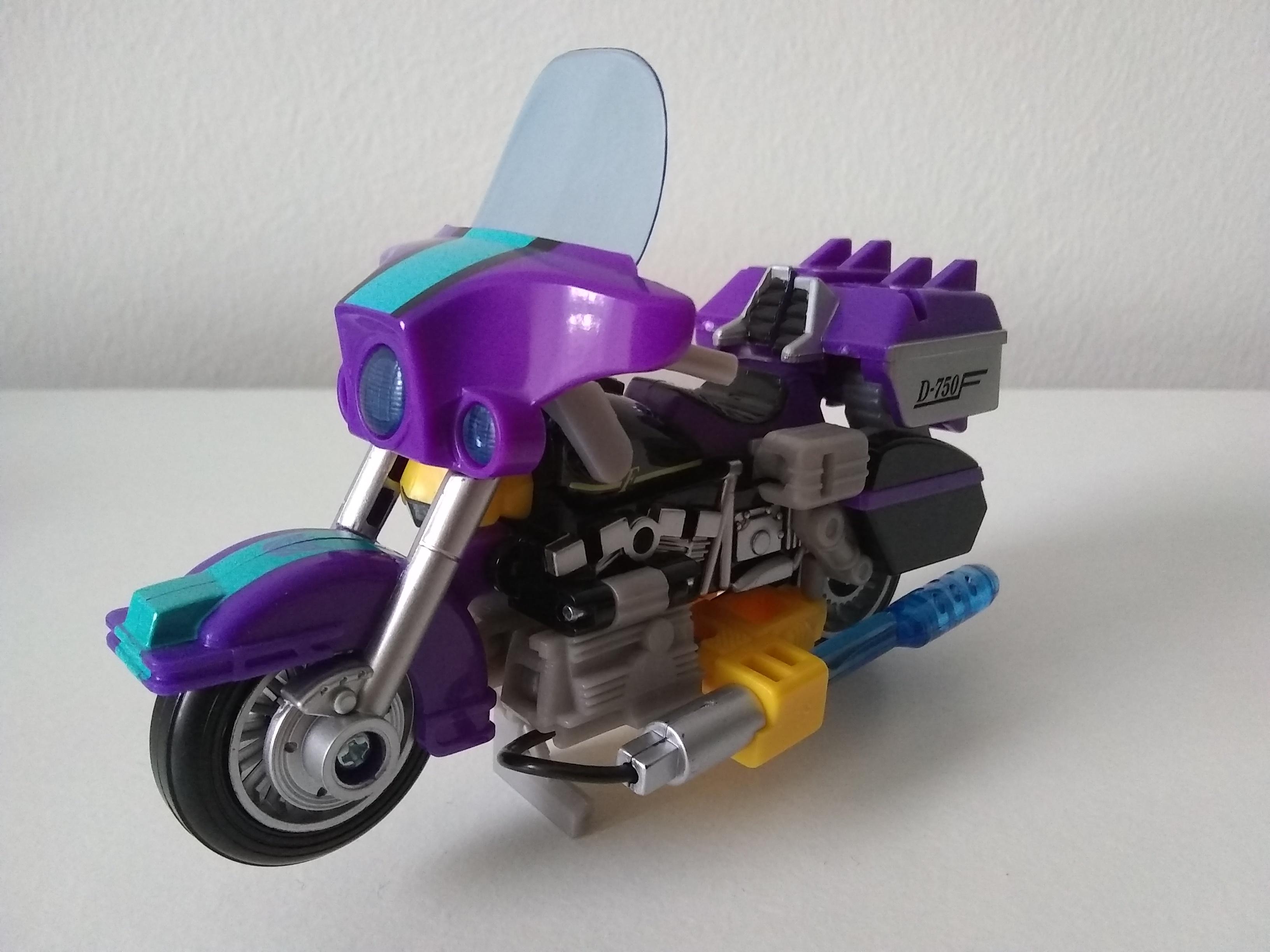 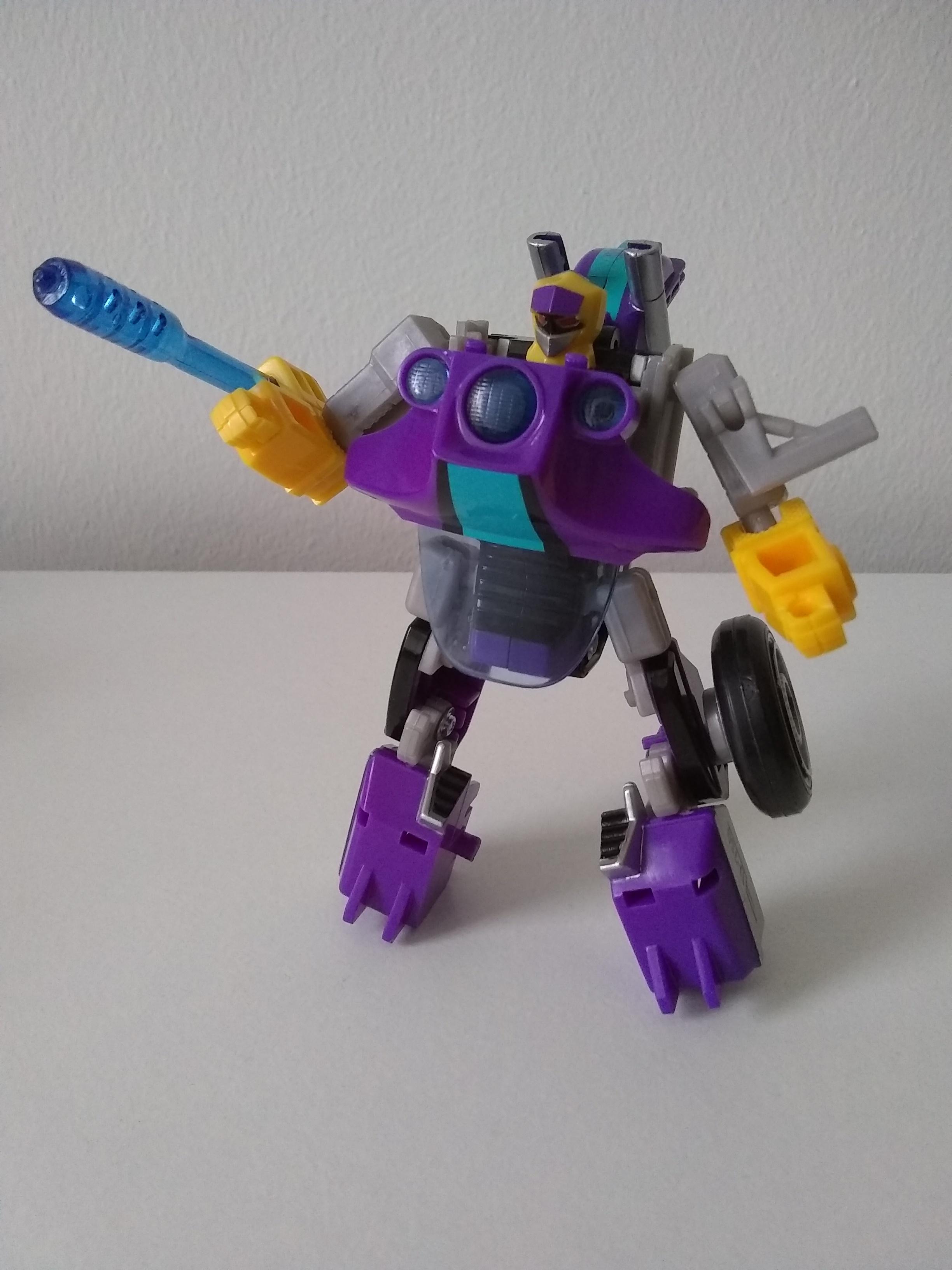 Do love this one, he's probably the best of the RMs. If memory serves this is the metallic version? Looks like the same one I've got.
Top

Do love this one, he's probably the best of the RMs. If memory serves this is the metallic version? Looks like the same one I've got.

I think that's the regular deco, not the metallic one. Hard to tell without them side by side, though.

I, too, need to dig out my Robotmasters...


I like the effect! And I'd be lying if I said that I didn't just buy a masterpiece Road Rage just solely because of the color complements to Sideswipe, Clampdown, Exhaust, G2 Sideswipe, Jetfire(s), etc.
Top

Yeah, think you may be right if it's the body that's metallic painted. I know I've owned both at some point -- remember the DVD -- and probably saw more point in moving on the limited edition one.
Top

Do love this one, he's probably the best of the RMs. If memory serves this is the metallic version? Looks like the same one I've got.


...no idea! He doesn't look especially shiny and the box is long gone. I think it's just the regular version.
Top

Since TR Percy is about to be superseded by the SS86 one, I thought I'd get in early and pick up an example of the one I like more. Lines could do with including a few more "real size" alt modes, IMO. 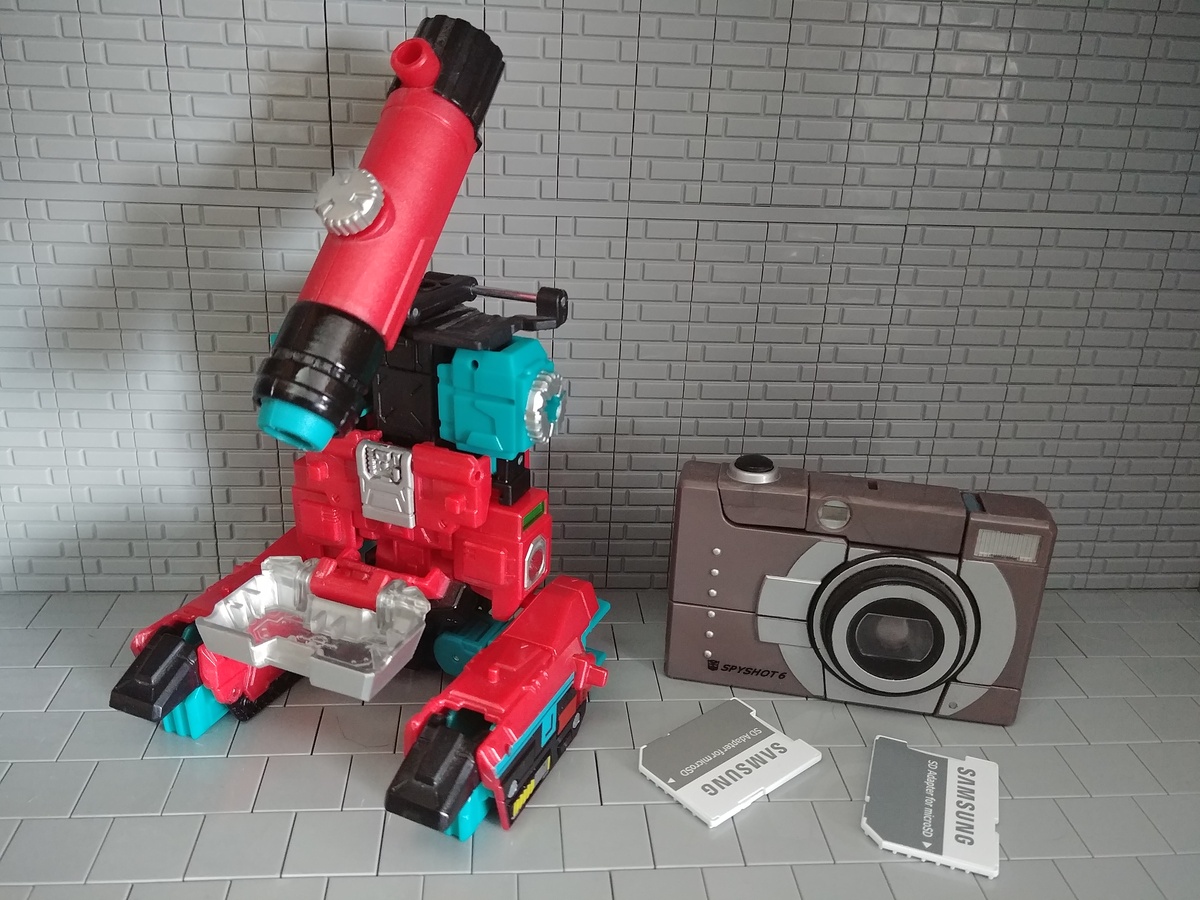