Yes, it is worth some money.
Top

And because TT are absolutely psychotic about cartoon accuracy, here are the first teaser shots of Masterpiece Convoy version 3.

I can use the dead horse emoji with good purpose, I think.


And because TT are absolutely psychotic about cartoon accuracy, here are the first teaser shots of Masterpiece Convoy version 3.

Also, Takara are making Golden Lagoon redecos because of course they are. And to think that people were disappointed that Takara weren't going to do any cartoon-accurate decos of POTP figures. Well, here you go!
Top

Next Voyager in the studio series is... ironhide! Apparently he comes in a wave with optimus prime without any changes from wave one.

So, as a counterpoint to news and an attempt at actual discussion, do we think TakaraTomy will ever get round to doing Masterpiece Skids?

I mean obviously they can get Crosscut out of the same mould, but is that going to be enough to justify it, given their current fixation on the cartoon as the primary inspiration for the MP line...

Obviously this has nothing to do with X-Transbots' upcoming version of the toy and the fact that XTB have beautiful moulds with overcomplicated engineering and spin-the-wheel quality control. Obviously. Not prompted by it at all.
Top

A few years ago I'd have said yes, but today I think I'd lean towards no.

For a couple years there it seemed like Masterpiece was headed towards being just "Fancy Autobot Cars: The Series", and I think there was an expectation that Takara was just going to keep on trucking, putting out updated figures of all the Diaclone-based TFs with more cartoony robot modes. But now V2s of popular characters are becoming more of a thing and there's even an Optimus V3 on the horizon. Plus they've branched out into Beast Wars, and started putting more energy into actual Movie MPs (and not just Hasbro Leader-class figures with nicer paint). The focus of the line has expanded quite a bit and Skids really doesn't feel like someone who'd be a priority for today's cartoon-centric design team.

I'd still like to say that they'd get to him eventually, even if it's not any time soon. But with TakaraTomy having financial struggles right now to the point where people are talking about them as a takeover target, I'm honestly not sure how long the line is going to keep going. Now that they're importing Hasbro Generations and movie toys with basically no changes, is Masterpiece the only in-house TF line they've got left? How long are they going to be able to keep it going if their finances don't improve? We've already seen serious price hikes over the last couple years. How much more of that can the market bear before it's just not viable anymore?

If TT can get healthier on the business side of things I think they'd get to him eventually. But if they don't they're going to wind up getting bought up and turned into Hasbro: Japan Edition, and I'm pretty sure that would spell the end of the MP line as we've come to know it.
Top

I wonder how much TT are beaten to the punch by 3P companies and how much that undermines them? I can't imagine it would be by much, but it can't be good to have something in the works, only to find five or more smaller companies have trotted out their own version of a particular character.

The mould re-use for the Autobot cars has been impressive, so does that also inform the design/ manufacture process? At least insofar as stuff like Tigertrack and Exhaust coming out. Have part of their troubles been through selling silly things like Anime colours of characters people have already bought? (or the other way around; I bout MP Shockers, although I didn't care for the colour palette, only to find they're now doing a toy colours version, but tbh, I can't justify buying the same toy again - especially at what looks like a considerable mark up on the original. Crikey, what a consumer base TFs have to cater for....).

I've been surprised to see BW done in the MP range, tbh. The designs are unique to the characters, and I can't imagine they've been cheap to develop.

Maybe this is where their business model is a bit screwy - focusing on expensive to produce high end collectibles at the expense of going for stuff at a lower price bracket that's likely to sell through quicker. Are they trying to go for the SHFiguarts market?

Also: odd lines like TAV which is a right jumble of stuff!
Top

I think this is a walgreen's exclusive?
Top

I think this is a walgreen's exclusive?

Looks nice. I hope I can find one around me if they're at Walgreens - I seem to have fairly good luck with their exclusives. They've got him on Robot Kindom, but I don't want to pay the premium they have him for.

I think I'll swap him on Bruticus and use the jet-mold Blast-Off to go with Starscream, Darkwing, and Dreadwind. Now I'll just need one more Decepticon jet limb. Which I hope they reveal more at SDCC.

Okay, could get behind that having been reminded that the toy-style chest is an option, which I think I knew at some point and forgot. More something to look out for at a convention than hunt down though.
Top

Is that going to be the only way to get Megatronus? Because if it is that's ****ed up. I already have the Takara version of Blast Off.
Top

Megatronus also comes with Bomb-Burst, a Wave 3 Prime Master. I think they're different decos, though, with Bomb-Burst's being solid, and Blast-off's being translucent.
Alleged "poems"
that don't follow a rhyme scheme
are not poetry
Top

Not sure from the description how much they've screwed anyone trying to complete a prime masters collection (haven't been keeping track of the other releases); 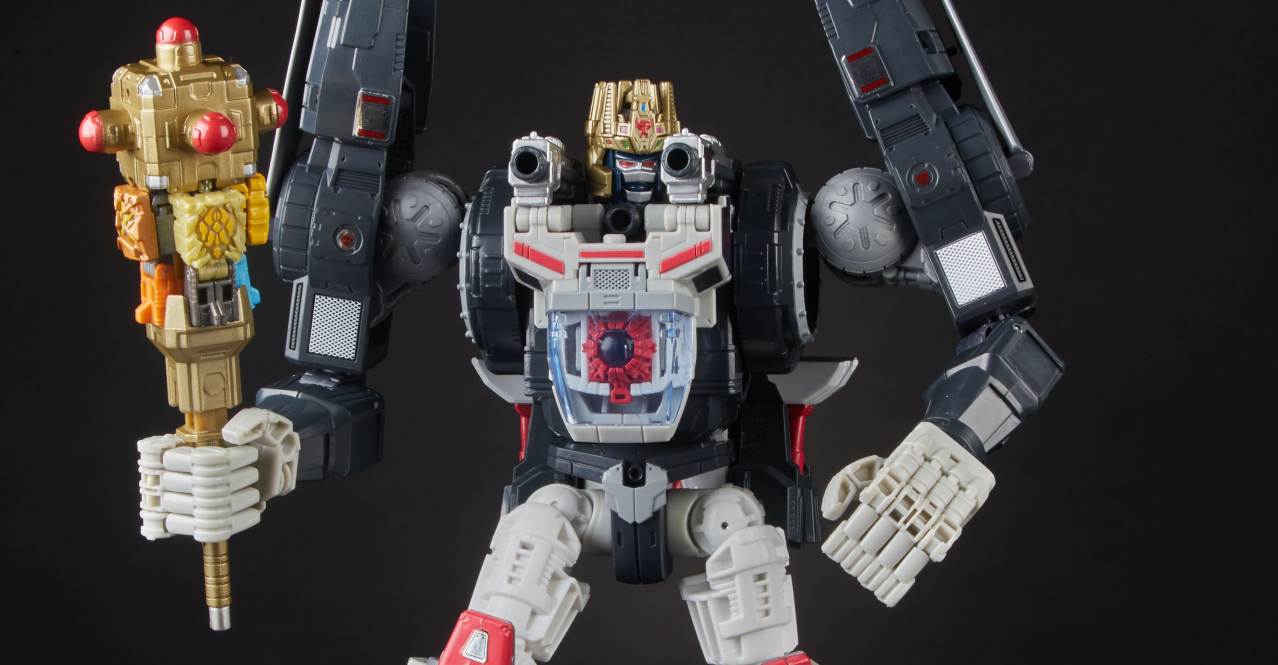 Quite like the deco but if they do a Primal Prime with a relatively normal colours Primal and I haven't already gone for the Optimal Optimus initial release that'd be ideal, personally.

Although the munky mode of the SDCC one does look very swish. Not nice enough to curse Hasbro and give up collecting the line/TFs, but at a sane price it'd be worth picking up.
Top

The other thing from the SDCC stuff is a reissue of two of the japan-only dino cassettes.

That's... random. I suppose they'll reissue the other two in a different set, and takara will kick out another four-cassette set in encore within... three years. Three years is my guess.
Top

Remember when the internet would have gone nuts for them, although it might have been the early 90s before most people had seen images. They're still pretty cool.

Oh, I didn't see images of them until 2010 or so. Of course, I wasn't looking for them, necessarily... but I do remember tfu.info having a placeholder [IMAGE NEEDED] on all four of them for ages.
Top

I think http://www.toyarchive.com/Transformers/ ... nToys.html had them then, though Wayback Machine only goes back to 2001. But there was very little awareness, and things like BW2 and BW Neo were trickling out with bit and pieces of info.

With the prices that even sets of KOs fetch, it's possible to see Takara estimating that small gouging runs are the way to go until bootleggers get their hands on them again.
Top
Post Reply
1876 posts